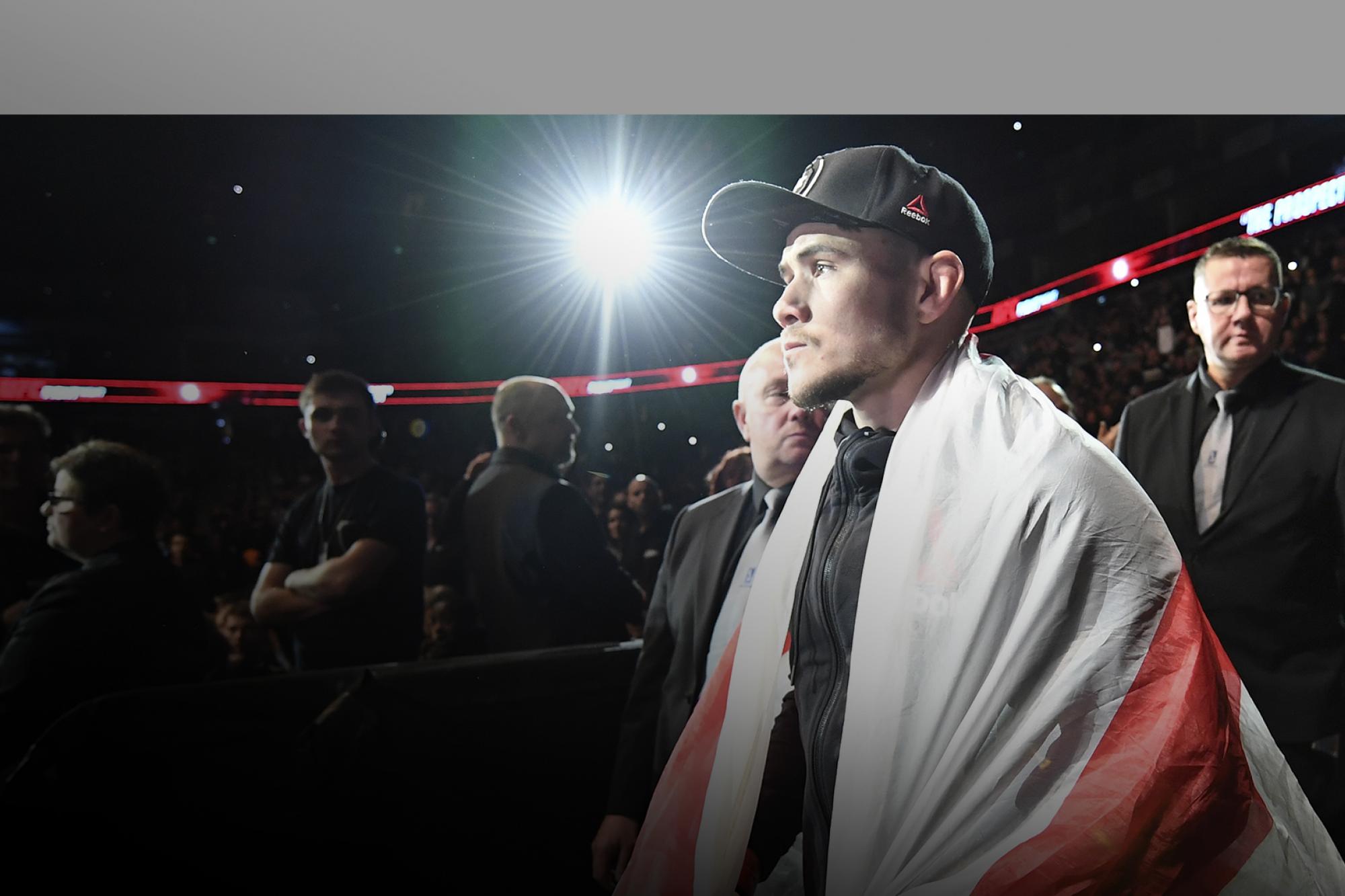 Nathaniel Wood Is Ready To Turn It Up

Wood believes that his UFC Rio Rancho showdown with John Dodson is his opportunity to prove that he can beat the best in the flyweight and bantamweight divisions.
By Thomas Gerbasi, on Twitter: @TGerbasi • Feb. 10, 2020

Nathaniel Wood is not one to look past any opponent, but the bantamweight up and comer does want to put it out there that should all go well in New Mexico when he faces John Dodson this weekend, he wouldn’t mind getting a spot on next month’s card in his hometown of London.

“Provided I come out of it with no injuries, there's no reason why I still can't get on that London card,” said Wood. “I'd like that. My fitness would be at its high and I could keep my weight nice and low. So, for me, that would be an ideal scenario.”

Fighting as much as he can in 2020, whether in Rio Rancho, at home in England, or anywhere, for that matter, would be ideal for “The Prospect” as he looks to get some momentum back after being forced to sit out for much of last year due to a broken arm.

Before that injury, Wood was on the fast track at 135 pounds after a trio of UFC finishes over Johnny Eduardo, Andre Ewell and Jose Quinonez that extended his current winning streak to eight. And after a few weeks on vacation with his lady, Wood was raring to go until the brakes were put on him getting a second fight in 2019. 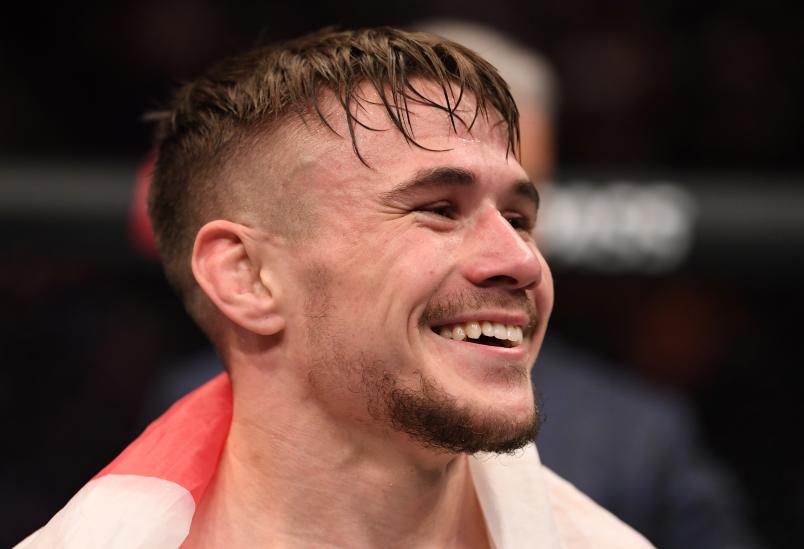 Nathaniel Wood of England celebrates after his submission victory over Jose Quinonez of Mexico in their bantamweight bout during the UFC Fight Night event at The O2 Arena on March 16, 2019 in London, England. (Photo by Jeff Bottari/Zuffa LLC via Getty Ima

“I've had a long layoff, but in a way I feel like it's got my body some well-needed rest and I definitely feel like I'm more hungry than ever to get in there and put myself in the top ten of the rankings,” said the 26-year-old, who can certainly get to where he wants to be should he defeat New Mexico’s own “Magician.” And though Dodson may be 1-3 in his last four, that victory was over Pedro Munhoz and the losses were via decision to Marlon Moraes, Jimmie Rivera and Petr Yan.

But you don’t have to remind Wood of his opponent’s resume.

“I was watching Dodson on The Ultimate Fighter when I was just a fanboy,” he said. “He's been in there with the best, he's fought for the belt twice, so to go against him, not only is it quite surreal for me, but it would one hundred percent put me in the top rankings. The names of the people he's fought, no one could finish him, so if I can go in there and either A) knock him out or B) submit him, where does that put me in line compared to everyone else? It's a lot of pressure, but it's very exciting as well. It's a big fight for me, but there will be a lot of reward come the win.”

Finishing Dodson is a tall order, especially considering that no one at 135 or 125 pounds has been able to do it, but then again, Wood has proven quite adept at ending his fights before the final horn, as he’s finished 14 of his 16 wins. In fact, all eight of the victories on his winning streak have come via knockout or submission, making it clear that the adjustments he made after his last loss to Alan Philpott in 2016 have worked. 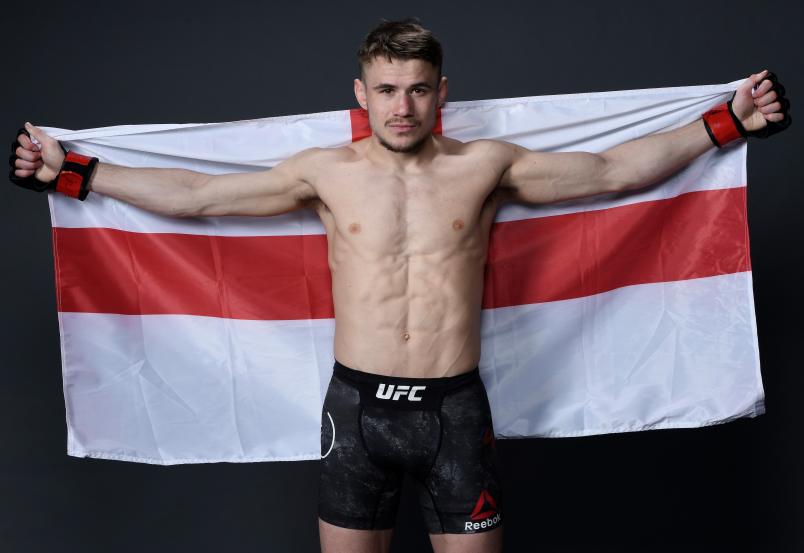 “I was overdoing it, I think,” said Wood. “I've always looked at it as every training session has to be as brutal as it can be and I was trying to fit in three sessions every day. I was ticking the boxes and I was turning up and getting the sessions in, but I wasn't really concentrating on honing my skill set. Since then, with my team, I've improved a lot more in the quality of my sessions. If anything, I've cut down the sessions, so it's more about quality over quantity, and since then, I've been on an absolute tear. I feel like I've got the right coaches, the right pad men, the whole team behind me, and I think it's just my confidence. I don't over think things anymore. I'm just happy to be doing what I love for a living. There's a lot worse things going on in the world than for me to worry about stepping into the Octagon. I just enjoy it. Do what you love, train hard, and when I turn up, just believe in my skill set.”

And he believes he can do what a Who’s Who of the flyweight and bantamweight divisions haven’t been able to:

“If I'm honest, every fight I have, I always go in wanting to make a statement,” Wood said. “I'd rather the crowd come away and think, 'Wow, what an entertaining fight that was,' whether I won or lost, as opposed to, 'That guy just dragged out a win,' which I think Dodson's known for. He's not exactly the most exciting fighter sometimes; he can run a lot in the fight and not engage as much. So I'm hoping with it being his hometown, he's gonna come at me and be more aggressive for this one. I think he's gonna get a lot more excitement and adrenaline rush behind him and I think he's gonna get daring. And, for me, that's the style I like. I like the guys that come in and try and trade with me. And if he does what I think he's gonna do, then I believe I'm gonna knock him out within two rounds.

“I'm on a mission to achieve my dreams and, unfortunately, Dodson's the one standing in my way at the moment.”

For more information and updates, sign up for the UFC Newsletter here.