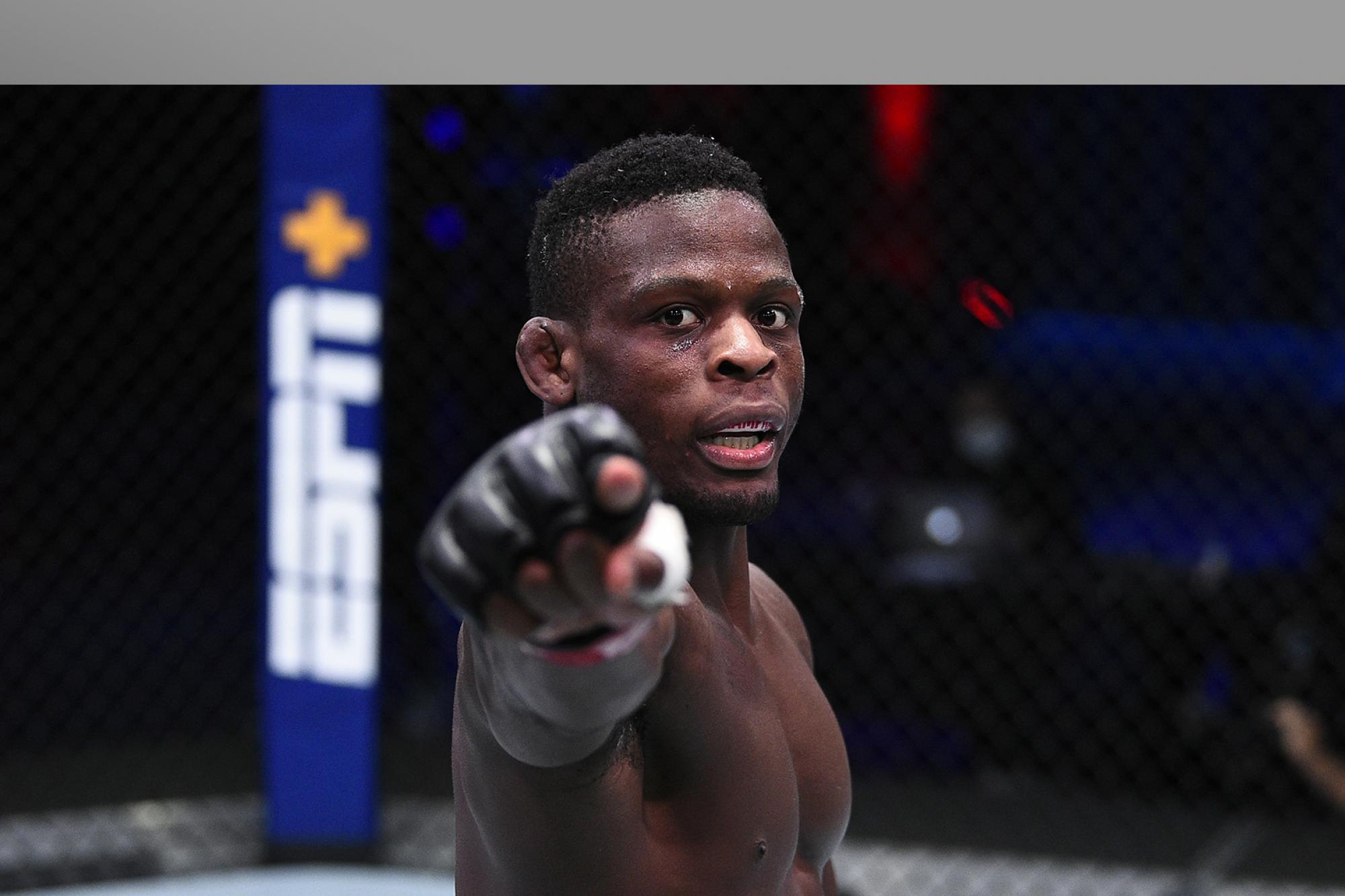 See which fighters are on the rise heading into UFC 254: Khabib vs Gaethje
By E. Spencer Kyte, on Twitter @SpencerKyte • Oct. 18, 2020

The UFC’s second stay on Fight Island wraps up this weekend with one of the most anticipated pay-per-view events in some time, as Khabib Nurmagomedov puts his lightweight title and undefeated record on the line against Justin Gaethje, the marauding interim champion who earned this opportunity with a breathtaking performance against Tony Ferguson in the spring.

From a stylistic standpoint, Gaethje looks like the type of fighter who would have the best chance to contend with Nurmagomedov’s relentless approach, as he is a punishing striker who chops at his opponents’ legs and has a strong wrestling pedigree in his back pocket that allows him to dictate where his fights take place. But so far, no one has been able to keep Khabib from putting them on the canvas and smashing, which is why their championship unification clash carries so much interest and excitement.

Before the main event participants make the walk, Saturday’s fight card offers a collection of matchups featuring a group of intriguing prospects looking to use the attention this card will garner as a means of introducing themselves to the UFC audience, including an undefeated newcomer with a familiar last name, a potential rising star in the flyweight ranks, and a former top prospect who finally seems to be putting it all together heading into his promotional debut.

Here’s a closer look at those athletes.

Order UFC 254 For Any Device

Khabib isn’t the only undefeated Nurmagomedov set to compete on Saturday as much earlier in the card, his 24-year-old cousin Umar will put his 12-0 record on the line against fellow newcomer Sergey Morozov.

The bantamweight has been on people’s radar for a couple years now, benefitting from training alongside a host of elite talents and his familial ties to the lightweight kingpin. But it’s not just his last name that has gotten the 24-year-old noticed, as Nurmagomedov posted a pair of quality decision victories in individual appearances under the Professional Fighters League banner in 2018 and 2019.

Nurmagomedov has faced a motley crew of competitors during his journey to the UFC, with his most recognizable victory coming against 40-year-old CFFC veteran Sidemar Honorio, so it will be interesting to see how he adjusts to fighting on the biggest stage in the sport and taking on an experienced, seasoned opponent like Morozov this weekend.

The 31-year-old from Kazakhstan enters on a five-fight winning streak, most recently drawing level in his two-fight series against Josh Rettinghouse. Morozov has displayed solid power and keen finishing instincts over his career, and his last loss came more than two years ago against rising featherweight prospect Movsar Evloev, which helps establish a baseline for what to expect from him and how to gauge Nurmagomedov when they meet on Saturday.

Carrying the last name Nurmagomedov brings automatic pressure and the advanced billing Umar has received ratchets it up even more, but he’s been surrounded by very skilled training, experienced training partners throughout his career and should be ready to deal with everything that comes with stepping out under the bright lights for the first time.

And if he can handle his business against Morozov, don’t be surprised if he gets an accelerated push in the 135-pound weight class going forward.

Initially scheduled to make her debut earlier this summer, Miranda Maverick will finally make her first trek into the Octagon this weekend as she squares off with Georgian submission specialist Liana Jojua in Abu Dhabi.

The 24-year-old has spent much of her career competing under the Invicta FC banner, and after catching a couple losses against more seasoned competition early on, Maverick has rallied to post five straight wins. In addition to getting by tough outs Victoria Leonardo and Shanna Young, Maverick avenged her earlier setback to DeAnna Bennett, submitting the former Ultimate Fighter contestant in the third round.

A quality athlete who logged a 7-1 record as an amateur before turning pro, Maverick is in that range where she continues to grow by leaps and bounds between each appearance and as she continues to gain experience. Bennett and Pearl Gonzalez are solid veterans who have each graced the Octagon in the past and she handled each with aplomb in her last two outings, setting the stage for her UFC debut this weekend.

The pairing with Jojua should help quickly establish where the American new arrival stands in the division, as the 25-year-old “She Wolf” enters off a slick first-round submission win over Diana Belbita in July and having won six of her last seven appearances.

Maverick has the look of someone who could blossom into a contender in the flyweight division over time and it will be interesting to see if she can take her first steps towards fulfilling that promise Saturday on Fight Island.

Phillip Hawes is what fantasy sports experts would call a “post-hype sleeper” — a guy who carried a ton of expectations and buzz early in his career, didn’t reach those heights the first time around, but has now reached a point where he seems poised to contribute.

The 31-year-old started his career with three straight victories and got a ton of pub as a training partner of Jon Jones, but the expectations exceeded where his abilities were at and a series of setbacks prompted many to label the talented middleweight a bust before he ever really got a chance to gain any meaningful experience.

He failed to make it past the elimination round on Season 23 of The Ultimate Fighter, but only because he was paired off with the eventual winner, Andrew Sanchez, before he dropped back-to-back outings against Louis Taylor and Julian Marquez, the latter coming on the Contender Series. It was nearly two years before Hawes resurfaced in the cage, but he’s been unbeaten since, posting four consecutive victories, all by stoppage, culminating in his Contender Series win over Khadzi Bestaev earlier this summer.

While it took a lot longer for him to arrive in the UFC than many anticipated earlier in his career, the Sanford MMA representative remains the same imposing physical specimen that stood out as a prospect, but he’s added experience and a much greater understanding of how to deploy his considerable talents inside the cage.

If he turns in a performance anywhere near the effort he delivered in Las Vegas against Bestaev, there will be plenty of people rushing to join the Hawes bandwagon come Sunday morning. Follow Justin Gaethje's journey to becoming the UFC lightweight interim champion. Gaethje takes on Khabib Nurmagomedov for the unification of the lightweight belt at UFC 254

UFC Fight Island - Everything you need to know